Be with us, Lord, as we walk the Way of your Cross and remember your sacrifice for all of us. Help us to grow as your devoted followers. You love us so much you gave yourself over to death so that we might experience life in your eternal kingdom, where you reign with the Father and the Holy Spirit, now and forever. Amen 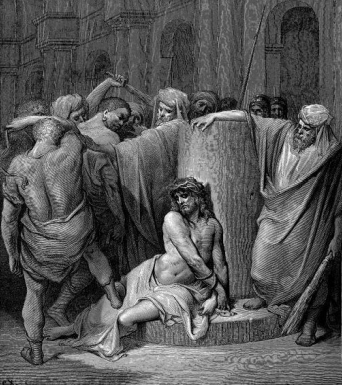 Leader: We adore you, O Christ, and we bless you.
All: By your holy cross you have redeemed the world.

A reading from Mark 15:6-15: It was a custom at the Feast to release a prisoner, anyone the people asked for. There was one prisoner called Barabbas, locked up with the insurrectionists who had committed murder during the uprising against Rome. As the crowd came up and began to present its petition for him to release a prisoner, Pilate anticipated them: “Do you want me to release the King of the Jews to  you?” Pilate knew by this time that it was through sheer spite that the high priests had turned Jesus over to him. But the high priests by then had worked up the crowd to ask for the release of Barabbas. Pilate came back, “So what do I do with this man you call King of the Jews?” They yelled, “Nail him to a cross!” Pilate objected, “But for what crime?” But they yelled all the louder, “Nail him to a cross!” Pilate gave the crowd what it wanted, set Barabbas free and turned Jesus over for whipping and crucifixion.

Let us pray: Dear Jesus, you stand for us even when we deserve the punishment. Forgive our sins, those known and those forgotten, so we may serve you and the people you created with love and  compassion. In your name. Amen

The readings are from The Message. Drawing by Gustave Dore and anonymous. Prayers by Rev. Dr. Jack Horner
Click here to return to the Way of the Cross main page.